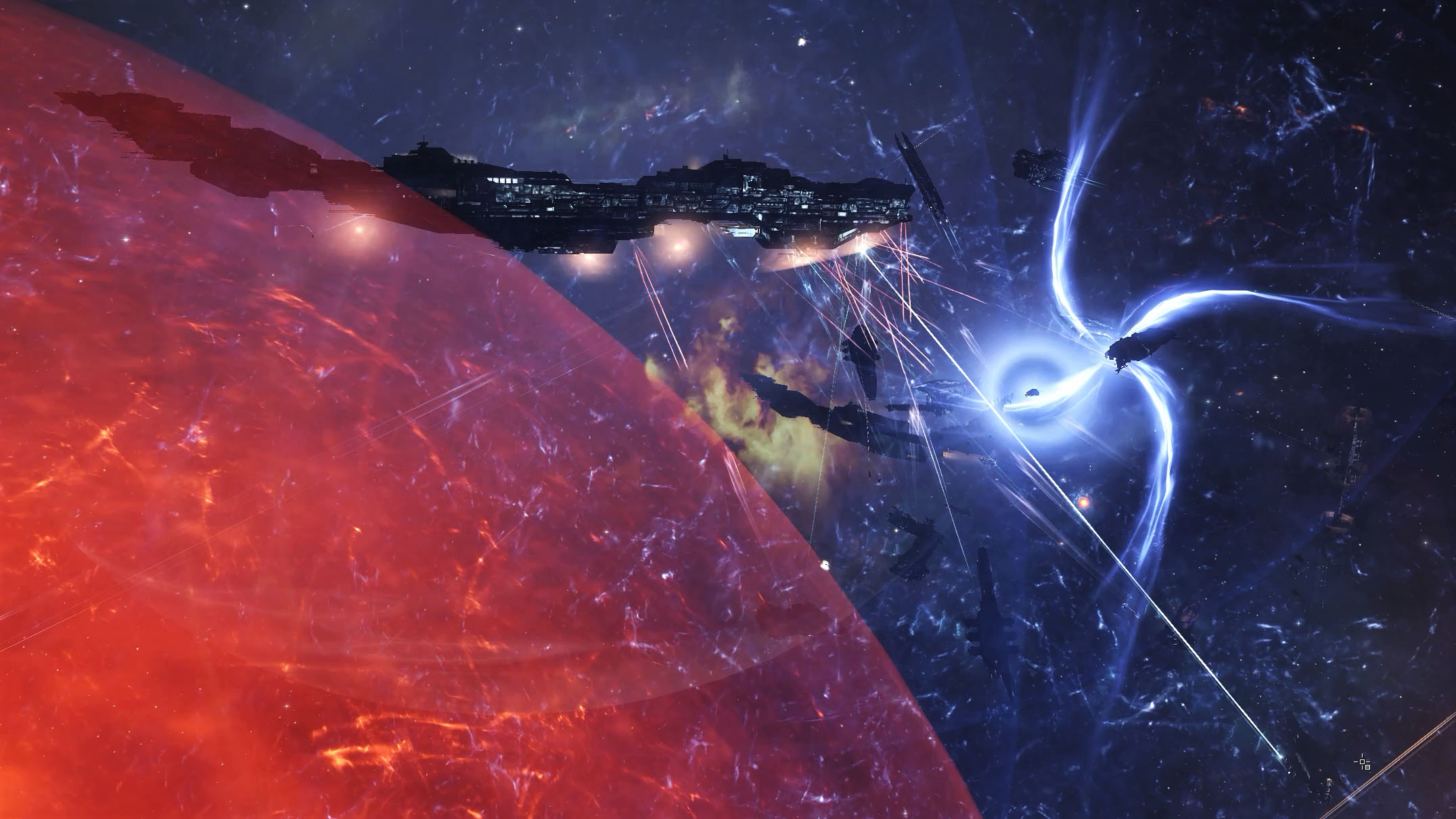 A lone Ragnarok pilot attempting to make a dash through Providence this morning never reached his destination.

DeathByBunnyG, a member of Circle-of-Two, had presumably acquired his new titan from a sale in Empire before getting noticed by allied scouts in Domain. A highly irregular flight path, possibly due to panic at the fear of being hunted, threw allied intelligence experts for several loops through the region of Derelik - but by the time he reached Providence, he was stopped dead in his tracks.

Three dozen pilots from Who Dares Wins, Purple Helmeted Warriors, and associated entities were waiting for him nearby with a fleet of dreadnaughts, specialized interdiction carriers, and support. The Ragnarok managed to spool up and fire one final Gjallarhorn charge at Elissim4U’s Nidhoggur, which did not survive. No other allied losses were reported.

This marks the Straylight’s first official titan kill since its inception, and a defining moment at that. Its pilots have engaged and destroyed 9 other supercapitals this year.